Parachute Dance are a new UK-based arts company founded by choreographer and director Róisín O’Brien. Our first production Entrails was performed at the 2016 Edinburgh Fringe. 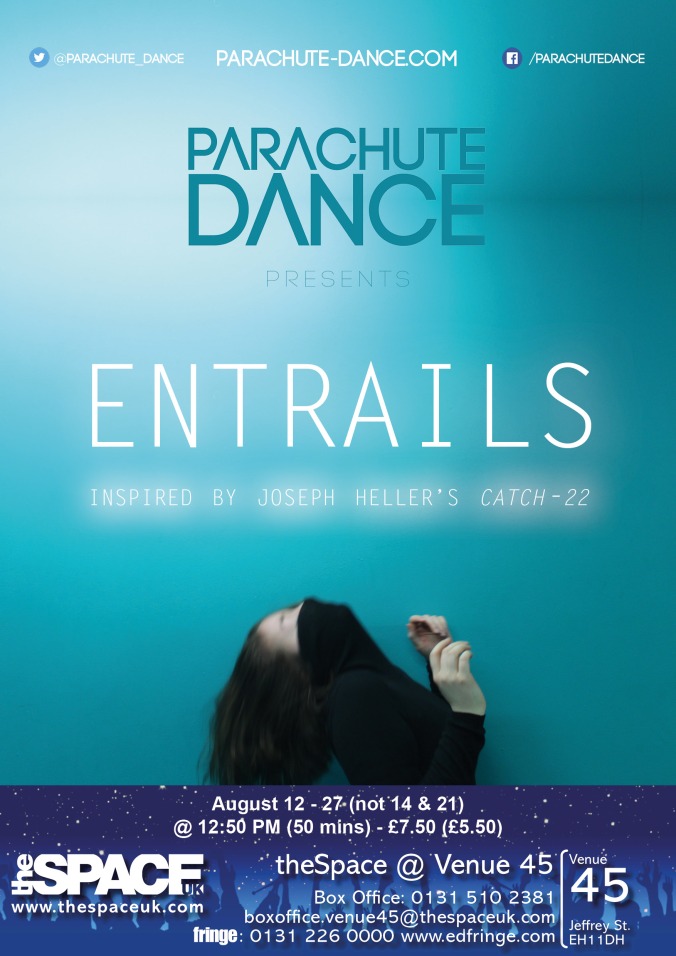 ‘Entrails’ is a contemporary dance theatre piece inspired by Joseph Heller’s Catch-22, a book that has remained with Róisín long after a first reading. She was inspired by this particular quote:

“Yossarian was cold, too, and shivering uncontrollably. He felt goose pimples clacking all over him as he gazed down despondently at the grim secret Snowden had spilled all over the messy floor. It was too easy to read the message in his entrails. Man was matter, that was Snowden’s secret. Drop him out a window and he’ll fall. Set fire to him and he’ll burn. Bury him and he’ll rot, like other kinds of garbage. The spirit gone, man is garbage. That was Snowden’s secret. Ripeness is all.”

The show confronts our fragility, our messiness and our transience and presents a dark and absurd look at our human bodies. Bodies that malfunction yet persist. Bodies that are denigrated and manipulated. Bodies that resist.