These bios are a snapshot in time, correct as of August 2016 when Entrails was performed. For more up-to-date information on Róisín’s choreography and the PD team, see our personal websites:

Róisín is currently completing a Diploma in Dance Studies at Trinity Laban Conservatoire of Music and Dance.  After studying at Danscentre in Aberdeen, she went on to study English Literature at the University of Edinburgh, and then Film at UCL. She has choreographed and taught for UCL’s Dance Society, and has had her work performed at Ajos Dance’s festival in 2015, where she was also part of the project management team. From 2014 – 2015, she was in The Place’s Dance Company ‘Scatter’. In 2016, she travelled to the Aerowaves Festival in Pilsen as a reviewer for Springback Academy. Róisín has worked at the Edinburgh Fringe festival many times, most recently for The Place, and in previous years for Scottish Opera and Booking Dance Festival. She currently works at the Royal Academy of Dance and volunteers for Trinity Laban’s Learning and Participation Department.

Aran is a writer with an MSc in Literature and Modernity and an MA in English Language and Literature from the University of Edinburgh. His stories have appeared in Severine, The Inkwell, and The Treacle Well, as well as on his own site ReasonsToRemain.co.uk. In 2012 he received a Carnegie scholarship to document the writing process of his novella Surveillance Dugs. He has performed slam poetry in Scotland and Australia, and his poem ‘Stone Lands’ was set to music and performed in the 2014 Edinburgh Fringe show ‘Spoken Spaces, Sonic Traces’. He has worked as a web editor, social media co-ordinator, restaurant writer, freelance blogger and library adviser. He currently works in Digital Resources for the School of Advanced Study in London. 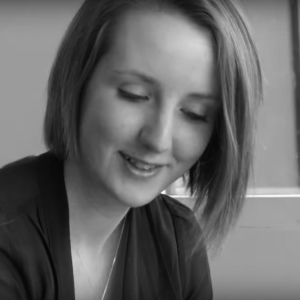 Laura is an Edinburgh-based publishing freelancer with an MLitt in Publishing Studies from the University of Stirling (where she won prizes for best student & best project design) and an MA (Hons) in English Literature from the University of Edinburgh. She has worked as Editorial and Marketing Assistant at Saraband, the inaugural Saltire Society Scottish Publisher of the Year. She worked with crime writing festival Bloody Scotland as a Short Story Competition judge, the Saltire Society as part of their shadow panels, volunteered at the Edinburgh International Film Festival and worked for London-based agency Electric Talent during the Edinburgh Fringe Festival. Currently, she assists the Society of Young Publishers Scotland committee as a marketing assistant and offers publishing services through her freelance company FloJo Services.

Emily began her ballet training at age 6 in Hong Kong. She later moved to the UK to study and continue her training. In 2013, Emily graduated with a BA (Hons) Ballet Education from the Royal Academy of Dance (RAD) and was awarded the Licentiate of the Royal Academy of Dance. After her graduation, she studied a Master’s in Dance Performance at the University of Chichester, where she toured in the UK and internationally with the postgraduate company MapDance, working with choreographers Yael Flexer, Kerry Nicholls, Hagit Bar, Gary Clarke and Liz Aggiss. In summer 2015, she performed with Constella Ballet and Orchestra at the Edinburgh Fringe Festival. She dances in Scatter, the adult company at The Place, where she has worked with choreographers such as Tory East, James Wilton and Neil Fleming Brown.

Kayla began her ballet training in Sydney, Australia. She has trained in contemporary, jazz, hip hop, African and Latin dance. In 2003 she won the Big Brother Dance Scholarship. She graduated in Dance/Theatre from the University of New South Wales, where she worked with choreographers Sue Healey, Tom Hodgson and Alejandro Rolandi. She has studied samba, salsa, tango, capoeira and afro-brazilian dance in Portugal and South America, and African and Contemporary dance in London. She has a PGDip in Community Dance from Trinity Laban Conservatoire, where she worked with Lizzy Kew Ross, Marina Collard and Tom Hobden. For 10 years she taught dance to children and adults in Australia, Europe and Latin America. She is currently a performer and community dance artist in London.

Jenny has completed a HND Performing Arts at West Thames (where she was awarded student of the year 2011), a BA Musical Theatre at Bucks University and a MA Physical Theatre from University of Kent. She was a founding member of Sketch Dance Company and deviser/performer in ENTITA physical theatre company. She has performed in major events and small performances such as the London Paralympics Ceremonies, IYAF, Queen’s Jubilee at Royal Festival Hall, Kingston Connections, the Edinburgh Fringe and various competitions/flash mobs. She has worked and trained with Joe Alegado, Janet Panetta, Hagit Yakira, Bruce Taylor and more through ImpulsTanz Festival and others. She’s happy to be joining PARACHUTE DANCE!

Emily is a third-year dance student at the University of Roehampton. She is currently a dancer in Third Row Dance Company, a semi-professional, student-led company. Emily also dances in Scatter, a dance company based at The Place. In the past year Emily has worked with choreographers such as Seke Chimutengwende, Susanna Recchia, Richard Causer, Monica Nicholaides, Neil Fleming-Brown and Tory East. Recently she worked with Akram Khan in the creative process for Big Dance 2016 and was a volunteer for Dance Umbrella festival 2015.

Emily really enjoys contact improvisation and dance. She is currently creating a performance improvisational score for her dissertation project.